Representatives of the Ethiopian government and Tigrayan senior commanders are in Nairobi for a consultative meeting on the implementation of the the Ethiopia Permanent Cessation of Hostilities Agreement (CoHA) which was signed in Pretoria, South Africa on November 2, 2022.

Leader of Tigray Regional State, Debretsion Gebremichael, said on December 18, 2022 that although his side has been implementing the Pretoria and Nairobi peace pact since it was signed, the Ethiopian government has been lagging behind.

The return to the battlefield in August halted desperately-needed aid into Tigray, a region of six million that lacks food, medicine and other life-saving essentials as well as basic services. Tigray has been under a communications blackout for over a year, and independent reporting from the region has been heavily curtailed. 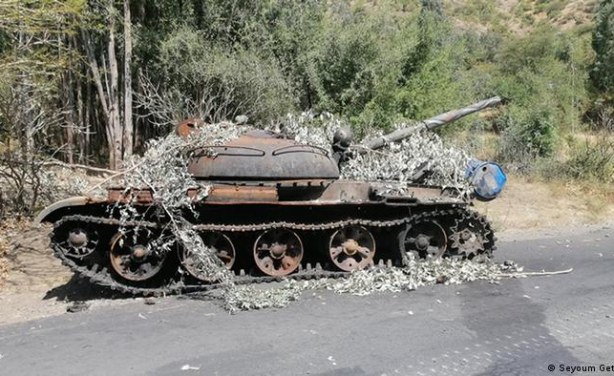 A damaged tank on the roadside in Ethiopia (file photo).