Africa: U.S.-Africa Policy on the Skids - 10 Things Pompeo Can Do To Fix It Quickly 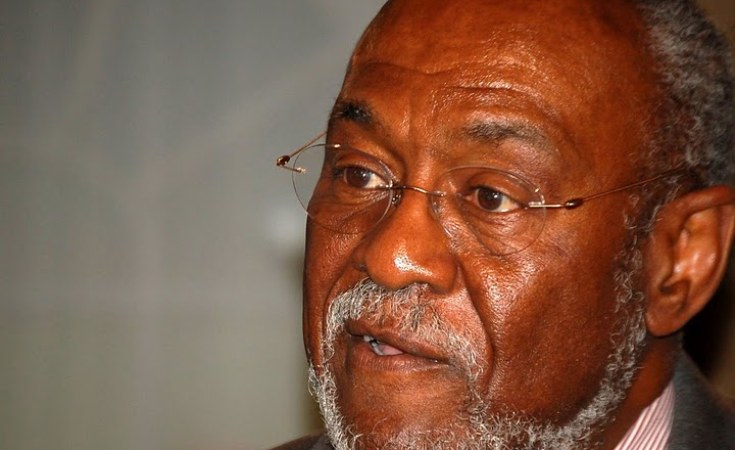 The Donald Trump Administration has largely ignored Africa during its first sixteen months in office.  Secretary-of-State-nominee Mike Pompeo has an opportunity to change that.

The Trump Administration has gotten off to a rough start in Africa. Since taking office, President Trump has met briefly with about a dozen African leaders on the margins of the United Nations General Assembly, and at the 2017 G-7 and G-20 summits.

But those largely diplomatic occasions – for the sake of form - have been totally overshadowed by the president's deplorable and undiplomatic characterization of African countries being no more than toilet bowel nations.

Former Secretary of State Rex Tillerson demonstrated slightly more interest in Africa than the White House, but it was clearly not a priority. Tillerson met with AU chairperson Moussa Faki and several dozen African ministers in Washington in November 2017 but was unceremoniously fired by President Trump just before his plane touched down at the completion of a five-nation trip to Africa in March 2018.

Aside from several speeches largely reordering key policies and programs of the Obama and Bush Administrations, the State Department has not developed a comprehensive African strategy and many of Tillerson's actions actually undercut or underfunded the policies and programs it claimed to have endorsed.

Pompeo has an opportunity to reverse the Trump's tattered record on Africa.  And although Pompeo does not have a strong interest in Africa and is known to favor greater security cooperation, he has a real chance to rebuild the administration's image across the continent.

As he assumes his new position, he could take a number of symbolic and substantive steps that elevate U.S. interest in Africa that would put U.S.-Africa policy back on a more positive course.

These should be on the top of his list:

Prioritize the appointment of a new Assistant Secretary of State for African Affairs:  The top job in the African Bureau has been vacant for over twelve months, with no clear sign of when a nominee will be named.  Although the Bureau has been led on an interim basis by an able professional, the absence of a new, Senate-confirmed Assistant Secretary has weakened policymaking, undermined Washington's dealings with Africa leaders and diminished support for embassy policy initiatives in the field. The nomination of an experienced and knowledgeable expert on African affairs capable of shaping policy and driving policy is long overdue.

Fill key African ambassadorial vacancies:  Key positions in more than a half dozen of Africa's most important countries, including South Africa and Tanzania, have been vacant for nearly two years.  Vacancies also exist in Somalia, the Democratic Republic of the Congo and the Central African Republic, three of the continent's most troubled and war-torn countries.  Vacancies in these countries undermine America's ability to advance some of its most important goals, including combating regional terrorism and promoting peace and security.

Appoint Special Envoys to work on South Sudan and the Democratic Republic of the Congo (DRC):  South Sudan and the DRC are the center of Africa's two most prolonged and deadly conflicts.   Neighboring states have aggravated the conflicts and hundreds of thousands of helpless refugees have been forced to flee their homes, generating a multilayered humanitarian crisis in Central Africa. Special envoys are needed to address the complex regional issues that are required to resolve these problems.

Take an early trip to Africa:  Rex Tillerson made his first and only trip to Africa fourteen months after taking over at the State Department, having travelled to every other region of the world. This fact was not lost on African leaders. Taking an early trip to the continent would be a strong symbol that Pompeo plans to elevate Africa on the State Department's agenda and re-energize a relationship that has lost its sparkle.

Fully Fund and Expand State Department's Democracy Programs in Africa:  Unlike many parts of the world, democracy is not in retreat in Africa. But it is fragile and under assault from a new group of authoritarian leaders.  Democracy and governance funds are critical in supporting Africa's continued democratic progress –bolstering civil society, promoting transparent elections, improving human rights and strengthening the independence and integrity of the media, the judiciary and legislatures.

Help Africa address the growing impact of climate change:  The Administration's decision to pull out of the Paris Climate Agreement is a particularly crippling blow to Africa, which is regarded as the continent most vulnerable to and least able to deal with climate change.  Pompeo should push the White House to review the decision to withdraw from the Climate Agreement and irrespective of the outcome, commit the State Department to making a significant contribution to the Green Climate Fund and to helping Africa deal with its environment issues.

Push for greater USAID funding: The Administration's first budget proposals have called for a thirty percent cut in USAID's budget.  Major cuts in development assistance have a significant impact on USAID's most important programs across Africa, especially those related to health care and agriculture. A reduction in USAID funding in parallel with increased security and counter-terrorism assistance in Africa also fuel the idea that the U.S. is more concerned about fighting terrorism than promoting development in the region.

Support the Congressional legislation creating a new U.S. Development Finance Institution:  America is losing ground in advancing its business interests in Africa's expanding commercial market. The existing U.S. instruments for supporting and promoting private sector investment and business activities in Africa (and other parts of the developing world) are outdated and outmoded and need to be revamped and re-energized. The creation of a new development agency will ramp up American commercial and business engagement in Africa and serve as a counterweight to China's growing commercial presence on the continent.

Push the Departments of Commerce and Agriculture to upgrade their engagement in Africa:  Africa is the last emerging market and is open for business and business opportunities. Much of the world has realized this - China, Brazil, and Turkey have begun to exploit this market.  Pompeo should encourage the Departments of Commerce and Agriculture to expand their engagement in Africa, assign new attaches across the continent and appoint senior officials in Washington equivalent to those at the State Department and USAID.

A number of African leaders feel that the U.S. no longer takes a serious interest in the continent. There are clear signs Africa is now looking past the U.S. to build future partnerships. By following through on some of these recommendations, Pompeo can help begin to reshape the Trump Administration's image across Africa and revitalize America's long-term relationship with an increasingly important continent.

Where Next After CIA Blocks Trump’s Africa Policy Pick?
Tagged:
Copyright © 2018 allAfrica.com. All rights reserved. Distributed by AllAfrica Global Media (allAfrica.com). To contact the copyright holder directly for corrections — or for permission to republish or make other authorized use of this material, click here.