After speculation that the attack in the Nairobi hotel which claimed over 20 lives was revenge on the decision by the Kenyan government to deploy its troops in to Somalia, Al-Shabaab now says that they attacked the upmarket complex because of the U.S. decision to move its Embassy in Israel to Jerusalem. In 2018, Trump announced his decision to move the embassy from Tel Aviv, calling it "a long-overdue step to advance the peace process and to work towards a lasting agreement". 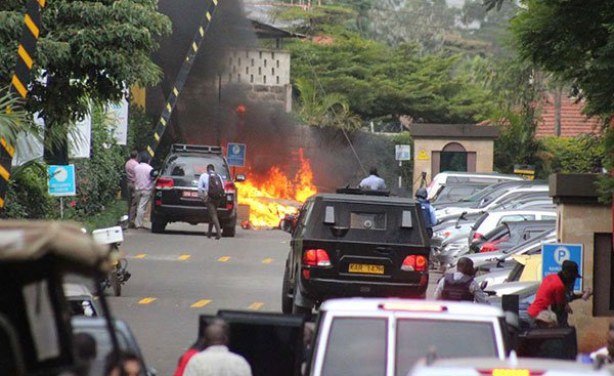 The scene of the terror attack at the DusitD2 hotel in Nairobi on January 15, 2019.