A fourth pupil from a South African high school has died following an accident at the school, Gauteng MEC for Education Panyaza Lesufi has confirmed. Twenty learners from Hoërskool Driehoek remain in hospital after a bridge connecting two blocks of the school buildings collapsed on Friday morning. The incident happened few minutes after 8am when learners were heading to their classrooms from the morning assembly. Roydon Olckers, Jandré Steyn and Marli Currie lost their lives in the tragedy, while on Sunday, a fourth pupil, Marnus Nagel, succumbed to his injuries. 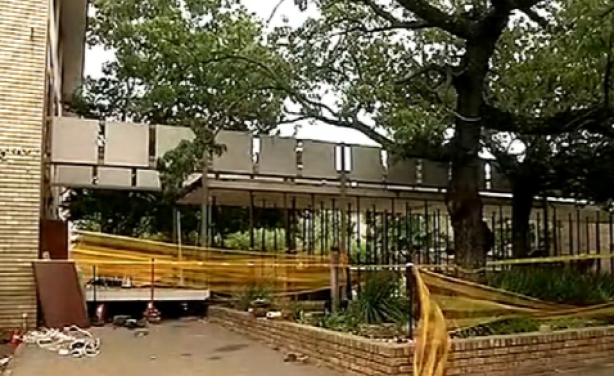 The scene at Hoërskool Driehoek in Vanderbijlpark after a walkway collapsed.