The alleged leader of a coup attempt in Ethiopia's northern Amhara state - General Asamnew Tsige - has been shot and killed, VOA reports. The country gathered on Monday to pay tribute to the people killed with a day of mourning. Internet has also been suspended in the wake of the attacks, according to Al Jazeera. 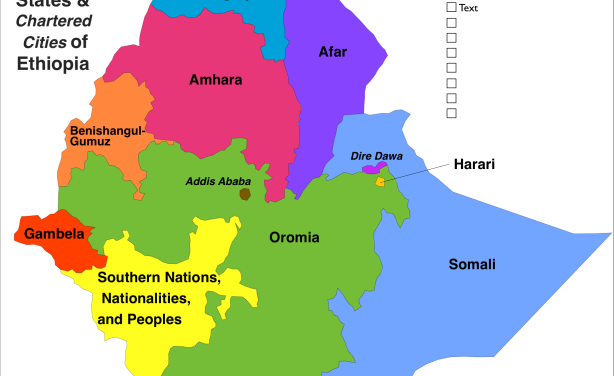 A regional map of Ethiopia.