The United Nations says it has information that Libyan guards shot at refugees and migrants trying to flee from air strikes that killed at least 53 people, including six children, in a migrant detention centre in Tripoli. The country's interior ministry has denied this categorically, and security guards at the bombed-out facility interviewed by Al Jazeera also denied the accusations. 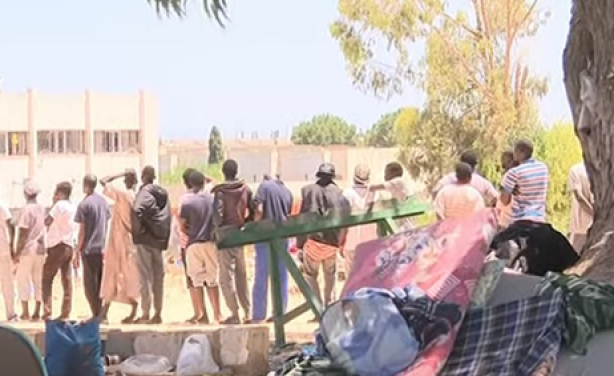 The scene near the detention centre in Tripoli.