South African TV channel eNCA has "parted company with its director of news Kanthan Pillay with immediate effect". Pillay was widely criticised after he referred to political journalist Samkele Maseko's move from the news channel to rival SABC News as "rats swimming toward a sinking ship". Earlier, Maseko said the channel was guilty of bias in its news coverage and alleged that Pillay was responsible for the censorship. Pillay subsequently issued an apology for his treatment of Maseko in a series of tweets. 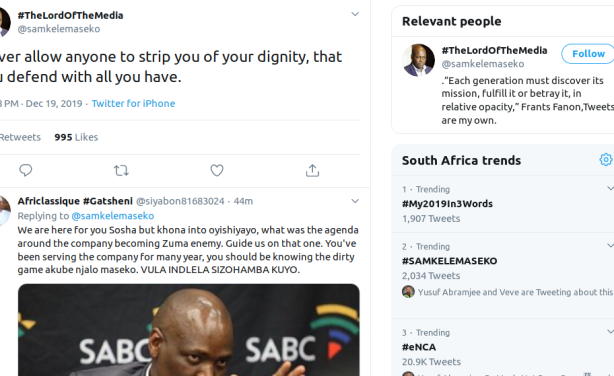 Disciplinary Action the Next Step After Editorial Report - SABC