Olympics marathon champion and world record holder Eliud Kipchoge has missed out on the prestigious Laureus World Sportsman of the Year award even after having a memorable season that included becoming the first man to run a marathon in under two hours at the INEOS 1:59 Challenge in Vienna and winning the 2019 London Marathon in a new course record time of two hours, two minutes and 37 seconds. Formula One champion Lewis Hamilton and footballer Lionel Messi who had the same number of votes, won the award. 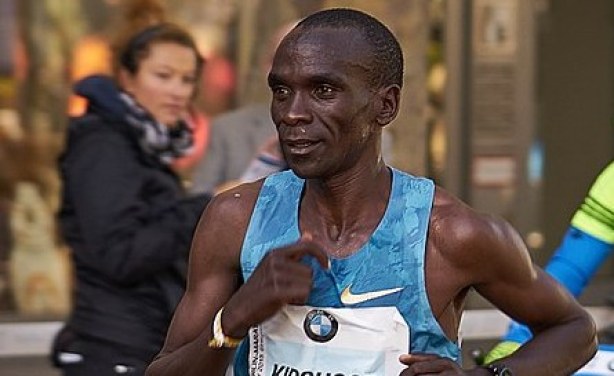 Eliud Kipchoge at the Berlin-Marathon in 2015.