Human Rights Watch (HRW) has said that soldiers killed at least nine civilians in Cameroon's Anglophone south-west region, on January 10, 2021. Among the dead was a woman and child, leaving four civilians injured. The soldiers also looted homes and threatened residents. HRW said that witnesses, including five relatives of victims interviewed, said the area has been severely affected by violence between government forces and armed groups seeking to separate the Anglophone north-west and south-west regions from Cameroon since late 2016. Separatist groups operate in the area around Mautu, where residents say they come to buy food and collect water. 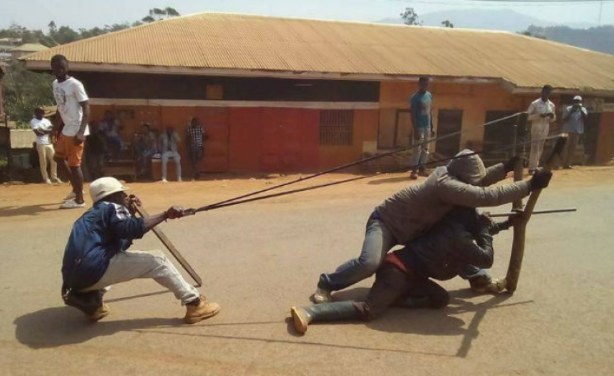 Protesters use a catapult against police in Bamenda (file photo).