King Goodwill Zwelithini ka Bhekuzulu, who died unexpectedly on Friday, reigned for 50 years, longer than any Zulu monarch since his ancestor, Sigidi kaSenzangakhona - better known as Shaka - transformed a small clan into a powerful nation two centuries ago.

While King Zwelithini's role was mainly ceremonial, he and other South Africa traditional leaders are formally acknowledged in the country's constitution. His reign spanned a period from the height of apartheid through two decades of violence and turbulence, during which different political forces attempted to deploy the monarchy to their own ends.

In recent years, the king's control of huge tracts of land in the province of KwaZulu-Natal has been controversial, as have his negative comments on migrants from other African nations living in South Africa without legal permits. However, he also changed modern Zulu tradition to fight HIV/Aids by re-introducing circumcision for young boys.

Nkosikhona Duma, writing for Eyewitness News, says the king took the throne at the age of 20, following his father's death in 1968. Duma writes that the king revived several Zulu cultural practices - mainly aimed at promoting moral regeneration and addressing social issues such as gender-based violence. However, traditions such as 'umkhosi womhlanga' - or the annual reed dance - faced criticism on the grounds that virginity testing as a violation of human rights. 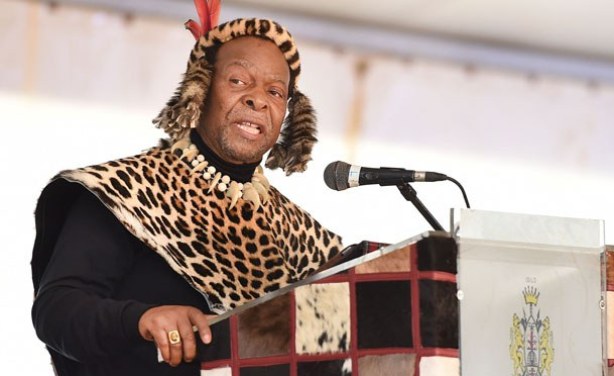 King Goodwill Zwelithini kaBhekuzulu delivers an address at the National Day of Reconciliation celebrations at Ncome Museum in KwaZulu-Natal in 2014.