Zimbabwe today celebrates 41 years of independence. The country has known only two leaders, the late president Robert Mugabe, was was prime minister from 1980 to 1987 and then became president from 1987 to 2017, and President Emmerson Mnangagwa who ousted Mugabe in 2017 in a much-disputed coup. The Zanu-PF ruling party has been in power since independence. Hopes for a change in the country's economic and political fortunes have been dashed, as sanctions - particularly from the UK and U.S. - imposed since Mugabe's rule, have not been eased. Zimbabweans have suffered untold hardship over the years, many fleeing to neighbouring countries like South Africa and abroad, for better prospects. Among its woes is the devaluing of its currency, drought, water shortages, job cuts, clampdown on activists, media and opposition and unpaid salaries for public servants. The country's economy is in trouble and President Emmerson Mnangagwa has been taken to court to force him to reveal the full extent of Zimbabwe's indebtedness. Meanwhile various allegations of corruption against Mugabe and his wife Grace have been made over the past few years, including accusations of land grabs and illegal diamond dealing. President Mnangagwa's rule has also been battered by corruption scandals - among which is the accusation that he is a "cartel leader" for illegal business practices and that he has established a Special Anti-Corruption Unit which duplicates roles of the prosecuting authority. Opposition parties have risen in Zimbabwe, particularly that of the Movement for Democratic Change (MDC) led at the time by late Morgan Tsvangirai who was also prime minister from 2009 to 2013 when he was sacked by then president Mugabe. Leadership squabbles following Tsvangirai's death in 2018, saw the reins taken by Nelson Chamisa. However, a splinter group formed and Chamisa was "dethroned" by a Supreme Court ruling. Now, whether there is anything to celebrate, only the Zimbabwean people would be able to say. 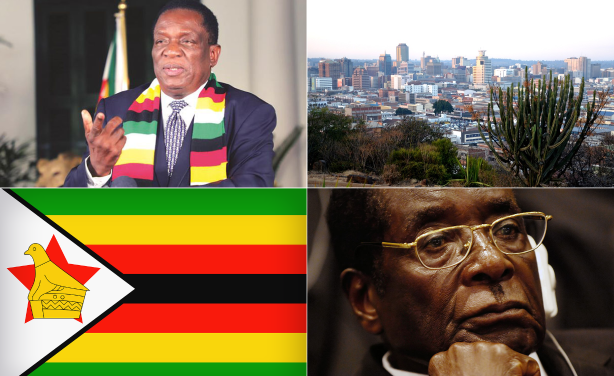