Startling details have emerged of how the late former president Robert Mugabe and his family worked with top parastatal and security bosses to ship high-grade diamonds and ivory out of the country. Mugabe, who died in September 2019, was as shrewd in underhanded dealings as he was in politics, according to exclusive information obtained by the Zimbabwe Independent. This follows reports that his vast farming empire under Gushungo Holdings is crumbling, with workers owed salaries, while part of the estate is being leased to a millionaire businessman. According to the report, Mugabe and his wife Grace were once implicated in an ivory smuggling syndicate after their aide was caught at the Robert Mugabe International Airport after a bag mix-up. Some of the ivory was shipped to China and other Far East countries as "donations". 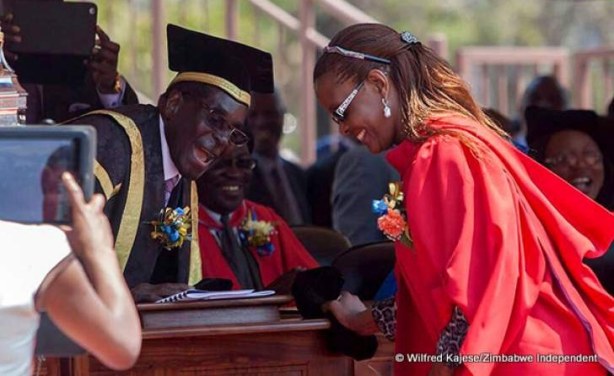