The National Electoral Board of Ethiopia (NEBE) has announced that it will hold the country's sixth national election on June 21, 2021. NEBE chairperson Birtukan Mideksa had earlier announced that the election would not be conducted on June 5. Ethiopians were scheduled to cast their votes to elect a new Parliament as well as regional and municipal councils in August 2020, but that was postponed due to the Covid-19 pandemic. That delay lead to an unsanctioned election by the local administration in Tigray in defiance of the federal government decision, which led to the current war.

Meanwhile the United States says it is gravely concerned by the increasing number of cases of military forces blocking humanitarian access to parts of the Tigray region, which places the 5.2 million people in the region in immediate need of assistance at even greater risk. The U.S. also called on Eritrea to immediately withdraw it forces, which have been accused of numerous atrocities again the civilian Tigray population. 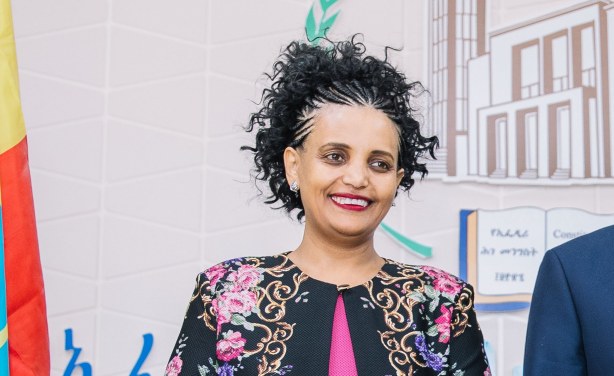 Office of the Prime Minister - Ethiopia/Flickr

Birtukan Mideksa, chair of the National Election Board of Ethiopia, in 2018.