News of the film and theatre icon's passing has sent shock waves across the country. She was 66.  The multi-award-winning actress starred in iconic roles, including those in Fiela se kind, Generations and Egoli. Her performances on stages locally and internationally and made important contributions to local arts festivals such as the Suidoosterfees, KKNK and the Grahamstown festival. 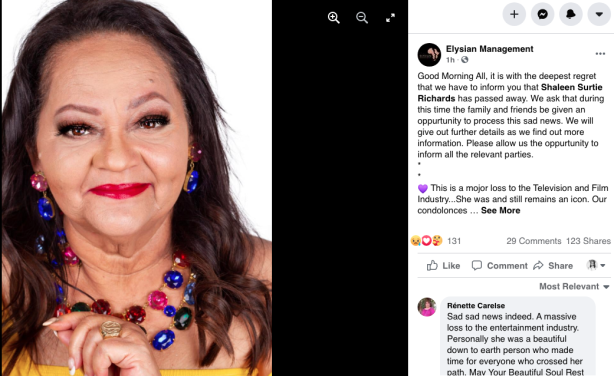