Namibia's government has come under fire from lawmakers for its €1.1 billion settlement with Germany, under which Berlin officially acknowledged an early 20th century genocide by colonial troops. Opposition MPs took turns to trash the U.S.$1.3 billion deal, accusing the government of side-lining them and the communities directly affected by the genocide during negotiations that reached agreement in June 2021. The Namibian government hailed the agreement, and some Namibians welcomed it. However the Herero and Nama leaders dismissed the deal as a "public relations coup" because it did not include funds deemed "reparations". Namibia had pressed for describing the money as "reparations", but Germany rejected the term as they said it would have amounted to acknowledging guilt under the 1948 UN Convention on Genocide. It has also been hugely disappointing to the Herero and Nama that the funds will be distributed over the course of three decades.

The southern African country's government started negotiations with its former coloniser Germany in 2015 over the 1904-1908 massacre of Herero and Nama people for rebelling against their rulers.  After years of back and forth, the parties reached a landmark agreement in which Germany officially recognised the killings as a genocide. 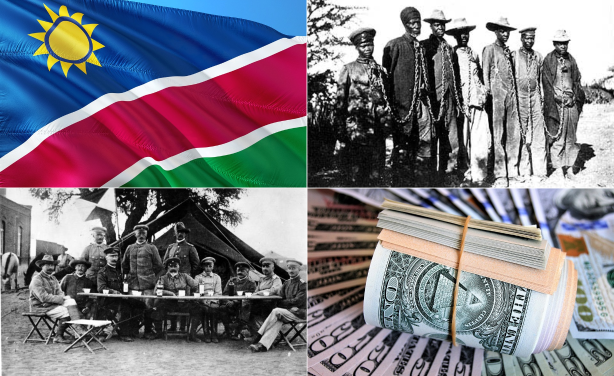