Rwandans whose parents came to Kenya to work as slaves for the British colonial government now want to be recognised as Kenya's 44th tribe.

Statistics show that about 12,000 Rwandan nationals live in Kenya, spread across different towns.

The third generation of Rwandan nationals who came to Kenya in colonial days, complain that they have suffered rejection from both the Kenyan and Rwandan governments.

They are hopeful that President Uhuru Kenyatta will decree that they be recognised as Kenyan citizens as he did with the Makonde, who were originally from Mozambique, writes Tom Matoke for The Nation. 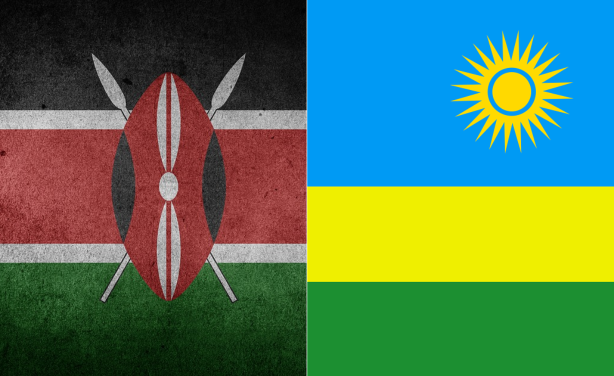 From left, Kenya and Rwanda flags.