African children are neglected when it comes to HIV treatment. Without any intervention, many will die before their second birthday, according to a UNAIDS report published in July 2021.

The UN agency and its partners, warn that progress towards ending HIV/Aids among children up to 14 years, and that of young women, has stalled dramatically, with none of the targets for 2020 being met. The total number of children presently on treatment declined in numbers for the first time.

An estimated 620,000 children living with HIV in the 21 African countries that the report focused on, were not receiving any anti-retroviral therapy. Only six of these countries provided anti-retroviral therapy to children living with HIV in 2020, according to the authors of the report. These countries are Kenya, Eswatini, Lesotho, Malawi, Namibia and Zimbabwe, writes Martina Schwikowski for Deutsche Welle. 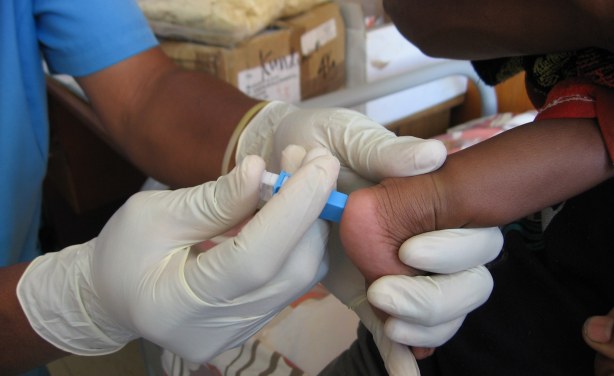 A blood spot test (for HIV) on an infant (file photo).