South Africa has among the highest recorded levels of social protest of any country in the world. The reasons behind this are more complex than often assumed. The scale and severity of the looting and sabotage in KwaZulu-Natal and parts of Gauteng in July, following the jailing of former president Jacob Zuma, has brought social protest and civil unrest into the popular discourse.

But much of the commentary on the July riot - which cost over 300 lives and billions of rands in damage to the economy - has neglected the long history of violent protest in the country. The truth is that, while disgruntlement by Zuma's supporters was the trigger, the roots of social unrest go much deeper, write Ivan Turok, Justin Visagie and Sharlene Swartz for The Conversation.

Violence erupted in July 2021 in the provinces of KwaZulu Natal and Gauteng when former president Jacob Zuma began serving a 15-month jail sentence for contempt of court over failing to appear before the Zondo Commission of Inquiry into state capture. Looters vandalised shopping malls, other retail outlets, businesses, factories and infrastructure with over 1,000 people arrested as a result. 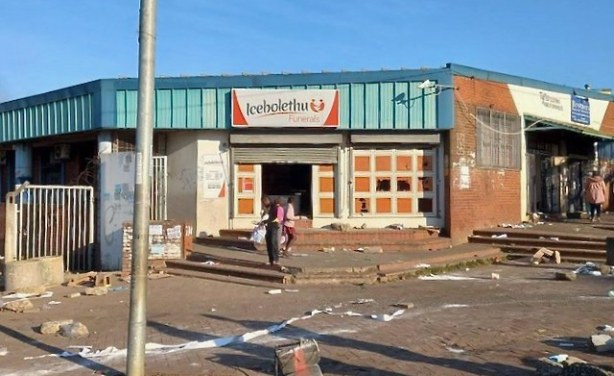 A looted shop in KwaMashu, KwaZulu-Natal, in July 2021.