When former president Jacob Zuma was arrested on July 7, 2021 and jailed for refusing to appear at an inquiry into high-level corruption during his nine years in office, his supporters took to the streets to demand his release. The protests quickly evolved into widespread looting as rioters blocked major highways and set fire to chemical plants, farms and food storage facilities. The violence claimed more than 200 lives and caused billions of rands worth of damage.

However, this hasn't affected South Africa alone as it is sub-Saharan Africa's most developed economy, and plays a key economic and political role on the African continent and especially to its neighbouring countries. Now SADC countries are asking various experts and government technocrats responsible for enhancing their countries' production capacities, whether the possibility of becoming less reliant on South Africa for the importation of goods and services is a possibility. 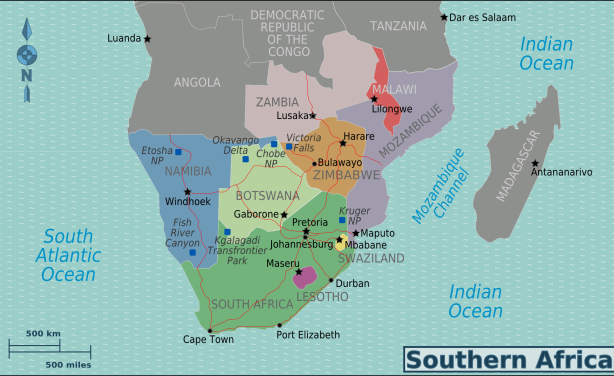 A map of southern Africa.