Tensions flared between black Africans and Indians following killings in Phoenix, north of Durban, during unrest that affected large parts of KwaZulu-Natal and Gauteng. In a press conference specifically to address what happened in the Durban suburb during the July 2021 unrest, Police Minister Bheki Cele said: "We trust that today we can set the record straight by laying bare the facts - the truth."

What Cele was referring to were the rumours and misinformation that have spread, largely online, related to what has become known as the Phoenix massacre. Cele's media briefing, in which he appeared alongside KwaZulu-Natal Premier Sihle Zikalala, was his attempt to draw a line at the brutal few days which saw the suburb become, in Cele's words, "the epicentre of heinous criminal and racist incidents".

Cele's statement comes after the Economic Freedom Fighters (EFF) marched to protest the killing of 36 people during the unrest in Phoenix. EFF secretary general, Marshall Dlamini, said at the time, "Indian racists of Phoenix must know that we are not their friends and we will confront them and we will defeat them. If a racist confronts you with violence you must respond with violence. If you are walking these streets here in Phoenix and a racist threatens to take your life, take the life of the racist." 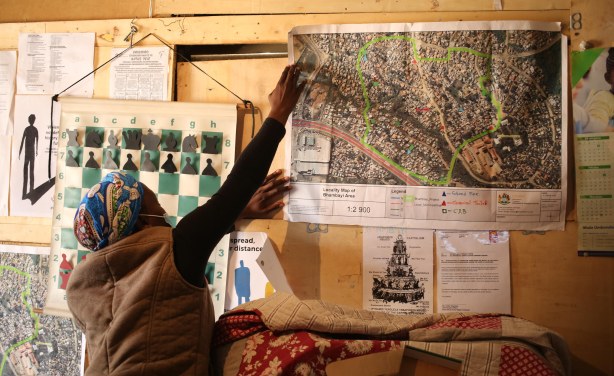 Blessing Nyoni pins a map to the wall that shows the informal settlement of Bhambayi near Phoenix. About 70 families live in this area.