A year after Nigerian youths went to the streets to protest against police brutality, among other challenges facing the country, a non-governmental organisation, SING Nigeria, is set to hold a webinar to discuss the aftermath of the popular action.

Arome Agenyi, director of the programme, has said that October 2020 witnessed one of the most organised and coordinated youth demonstrations since the return to democratic rule in 1999 and arguably in the 60 years of Nigeria's independence. The group said its dialogue series would focus on interrogating and reflecting on the regrets and lessons learned from the #EndSARS movement with the aim of developing a new strategy for youth organising and mobilising in a shrinking civic space.

In October 2020, thousands of Nigerians took to the streets under the slogan #EndSARS to protest against the Special Anti-Robbery Squad, whom they accused of murder, torture, and extortion. A new unit, the Special Weapons and Tactics Team (SWAT), was formed to replace the controversial, disbanded SARS. 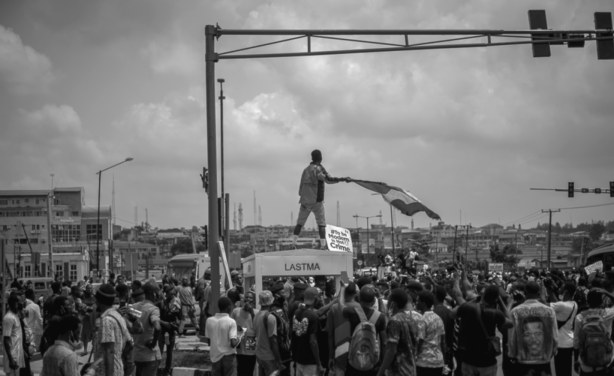 Protesters at an #EndSARS protest in Lagos in mid-October, 2020 (file photo).