Forestry, Fisheries and Environment Minister, Barbara Creecy, has said that South Africa will not support a pledge signed by 40 nations and institutions to end coal financing by the 2030s for major economies, and the 2040s for poorer nations.

"South Africa has not signed the move away from coal pledge. Our position in negotiations is that any decisions need to be made in the process of formal negotiations through the convention. And I think that we would be worried about situations where there's an increase in tendency to set up platforms and pledges that are outside of the negotiation process. We think that it disadvantages developing countries," Creecy said.

This comes after President Cyril Ramaphosa told fellow leaders at COP26 that South Africa would support a just transition to a low carbon economy and a climate resilient society.

A Just Transition is defined by a nation's adoption of a low-carbon economy. It is based on social dialogue between workers and their unions, employers, government and communities, according to the Life After Coal campaign.

Minister Creecy added that despite the nation's stance, there was an emphasis on a just transition and accessing the necessary financing to ensure that marginalised communities aren't further disadvantaged in the move away from coal. The minister said if there were a rush to disinvest from coal, this was likely to result in stranded assets - infrastructure no longer able to earn an economic return.

"What will happen is that the country will end up with stranded assets. And we know that in any transition there are winners and losers. The losers are seldom owners, it's normally the workers and the communities," said Creecy. 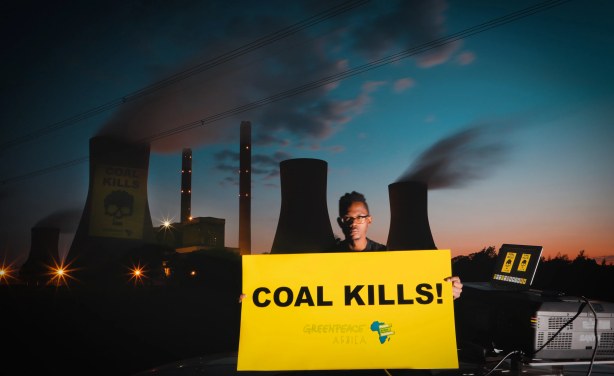 Mpumalanga is home to a cluster of twelve coal-fired power plants with a total capacity of over 32 gigawatts owned and operated by national power utility Eskom (file photo).