Hundreds of Ugandan soldiers in armoured vehicles crossed the border into the eastern Democratic Republic of Congo (DRC) on Wednesday December 1, 2021, witnesses said, as part of a joint operation with Kinshasa. Deutsche Welle is quoting the DRC as saying that special forces from both countries are being deployed to secure bases used by the Islamist-affiliated Allied Democratic Forces (ADF) militia.

The Ugandan military started its deployments into Congo on Tuesday, having already launched air and artillery strikes against ADF targets from Ugandan territory. The pre-incursion bombardments were aimed at several ADF positions in North Kivu, as well as in the neighboring Ituri province to the northeast.

Uganda blames the ADF for recent suicide bombings in the Ugandan capital city Kampala which killed five people. The ADF has been fighting the Ugandan government since 1996, writes Halima Athumani for Voice of America.

"This has been a wish, actually for both presidents - Uganda's Museveni and DR Congo's Felix Tshisekedi - because the ADF is not only a threat to Uganda, but a threat within the region and a threat to DR Congo itself. I think this has been something that we've been looking for, for quite some time," Ugandan Brigadier-General Flavia Byekwaso told VOA.

There are claims that over the years, the ADF has maintained sleeper cells in Uganda that it uses to strike at targets inside the country, with improvised explosive devices and guns - with the latter being used to target high profile individuals, writes Julius Barigaba for The East African. 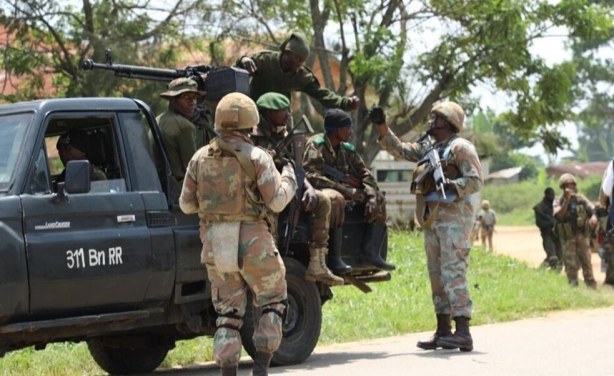 Armed Forces of the DR Congo and MONUSCO repelled an ADF attack on February 12, 2020 in North Kivu (file photo).