The World Health Organization (WHO) has stated that the fight against Cholera is more than just about vaccination, as the need to address issues around Water Sanitation and Hygiene (WASH) remains holistic and critical in epidemic control efforts.

The Nigeria Centre for Disease Control said that the country recorded 111,062 cases of cholera in 2021 with 3,604 deaths, figures exceeding the number of cases and deaths recorded in 2020.

As part of efforts to address the cholera outbreak in Nigeria, WHO said it has approved the deployment of approximately nine million doses of Oral Cholera Vaccine (OCV) to 14 Local Government Areas in nine states, including the Federal Capital Territory.

Cholera is a highly virulent disease characterised by a severe form of a sudden onset of acute watery diarrhea that causes severe dehydration, that could lead to death. The outbreak of cholera in Nigeria has remained persistent, occurring annually mostly during the rainy season and more often in areas with poor sanitation, overcrowding, lack of clean food and water, and areas where open defecation is a common practice.

The NCDC continues to advocate for improved access to clean water, proper sanitation, and hygiene. 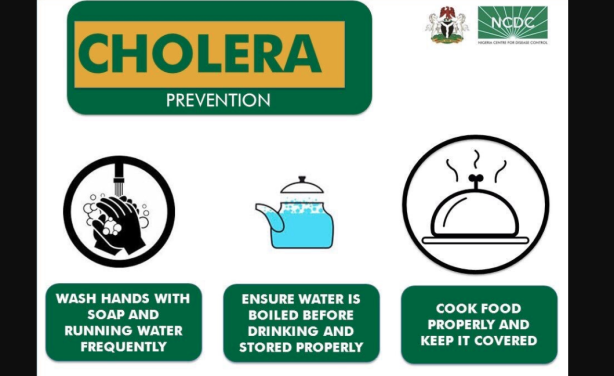