The Supreme Court has confirmed William Ruto's election as president in a unanimous ruling after the submission of eight petitions to annul the result. The court dismissed all the petitions, including those submitted by the losing candidate, Raila Odinga. It found that some of the claims "were based on forged documents and 'sensational information'".

Odinga responded by saying that he had "respect for the opinion of the court". But he "vehemently disagreed with the decision" and "would be communicating in the near future on our plans to continue our struggle for transparency, accountability and democracy".

Many Kenyans feared the possibility of violence. But the campaigns and post-election period were relatively calm and peaceful. This was despite vigorously contested, close, disputed and at times tense polls.

In 2007, politicians mobilised quite openly along ethnic lines. The opposition Orange Democratic Movement, for example, cast its call for reform as a contest of 41 tribes against one.

In 2022, in contrast, both of the main alliances - Odinga's Azimio la Umoja and Ruto's Kenya Kwanza - mobilised across ethnic divides. The result is that most areas were divided in terms of support.

The rise of social media has also ensured that, while misinformation is rife, what is said in one area can quickly spread across the country. This has led to most politicians being much more careful about what they say.

Time will tell what Odinga's plans are, and how the incumbent president, Uhuru Kenyatta, will respond to events. Kenyatta has said that he will execute the orders of the Supreme Court, but also invited Kenyans "to hold all institutions to account", writes Gabrielle Lynch for The Conversation. 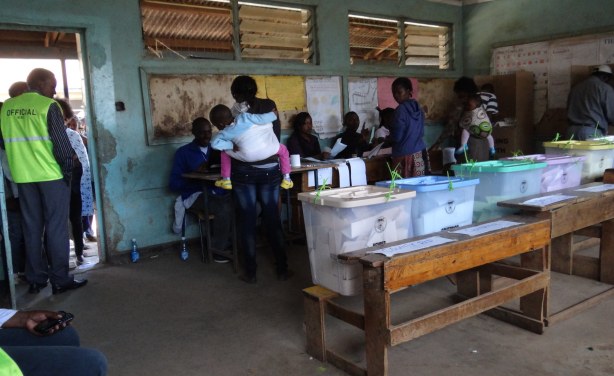