Nigeria's Senate President Bukola Saraki has been challenged by a party spokesperson to declare where he belongs in the current realignment taking place within the ruling All Progressives Congress. Yekeni Nabena, who is the deputy national publicity secretary, has himself come under fire from the party who in a statement warned him to "stay within the mandate of his new position, and stop his campaign of uninformed comments against Saraki". Saraki came to be Senate President when he allegedly defied the party's choice of Ahmad Lawan and garnered support from some senators to emerge the winner, while Ike Ekweremandu of the former ruling Peoples Democratic Party, emerged as his deputy. Saraki has been involved in various court battles that include alleged non-disclosure of his assets, money laundering, and accused of being involved in bank robberies. 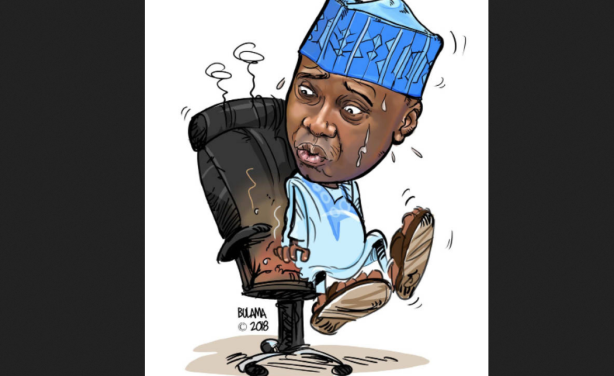 Saraki in the hot seat.