Yared Getachew, the pilot of the ill-fated Ethiopian Airlines flight ET302, spoke to his mother Dr Rayan Shapi just before take-off, telling her he would speak to her when he landed. According to the airline's CEO, Tewolde GebreMariam, he reported flight control problems just before the crash that killed all 157 people on board the plane. 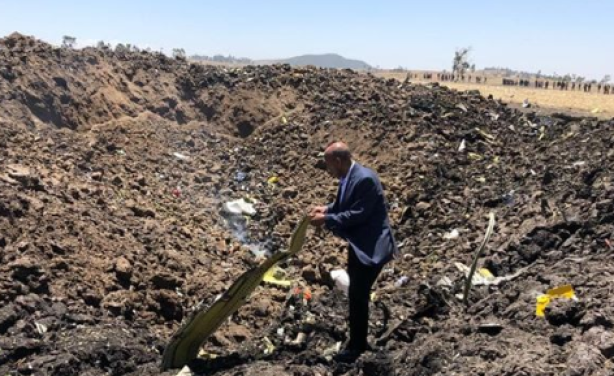 CEO Tewolde GebreMariam at the scene of the crash.