President Uhuru Kenyatta has emerged from his 'hideout' 48 hours after Kenyans online embarked on a spirited 'search mission' under the hashtag #FindPresidentUhuru. He is fine, healthy and busy working, despite his absence from the public limelight, according to the state house spokesperson Kanze Dena. 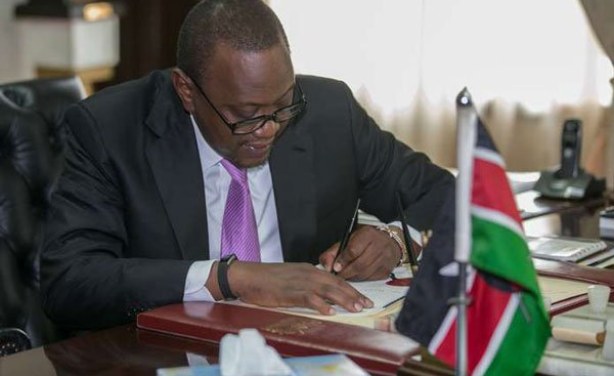 President Uhuru Kenyatta at his office.