Gavin Watson, the chief executive officer of Bosasa, has died in a car accident near OR Tambo Airport in Johannesburg. The 73-year-old Watson made headlines when Bosasa, now named African Global Group, was tied to claims of state capture at the Zondo Commission of Inquiry and in connection with a U.S.$32,726 (R500,000) donation made to fund President Cyril Ramaphosa's CR17 leadership campaign. 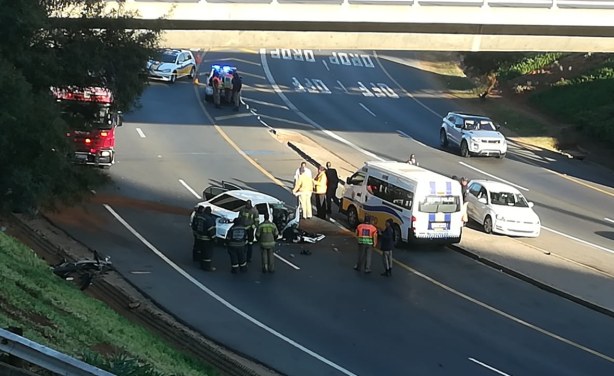 The scene of the crash where Gavin Watson died.

Are We Africans Our Own Worst Enemy?
Labour