Joanna Mamombe has been named among the winners of the third annual One Young World Politician of the Year Award, which recognises five of the world's most outstanding politicians, who are using their positions to have a positive impact on young people in their communities and countries. Mamombe was the subject of numerous police investigations, described by Amnesty International as "persecution through prosecution". In May 2020, she was detained and charged with allegedly falsifying reports of being abducted and tortured. 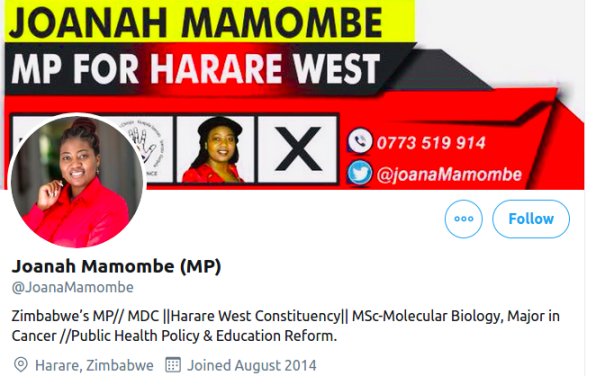