The Central African Republic is scheduled to hold  presidential and parliamentary polls on December 27, 2020. But the government is accusing former president François Bozizé Yangouvonda of attempting a coup, and rebel groups are reported to be marching on the capital. The Rwandan government has sent troops to the country, and the CAR government says Russian troops have also arrived.

Bozizé was president from 2003 to 2013. He is listed as having risen in army ranks under Jean-Bedel Bokassa in the 1970s. After Bokassa's ouster, Bozizé served as defence minister from 1979 to 1981 and then as minister of information. Bozizé took part in a failed 1982 coup against president Andre Kolingba, after which he fled the country. Years later, he served as army chief of staff under president Ange-Félix Patassé, and began a rebellion against him in 2001. In March 2003, his forces captured the capital Bangui while Patassé was out of the country. Bozizé ushered in a transitional government, winning the 2005 and 2011 elections in the second and first rounds, respectively. In 2012, rebel forces accused him of not honouring peace agreements made during the CAR bush war in 2007. Bozizé fled to Cameroon via the Democractic Republic of Congo and was sheltered by Cameroon President Paul Biya. On May 29, 2013 an international arrest warrant was filed by the CAR against Bozizé, for murder, arbitrary arrests and torture. In December 2020, the CAR Constitutional Court rejected the former president's request to run in the election, citing the charges brought against him. 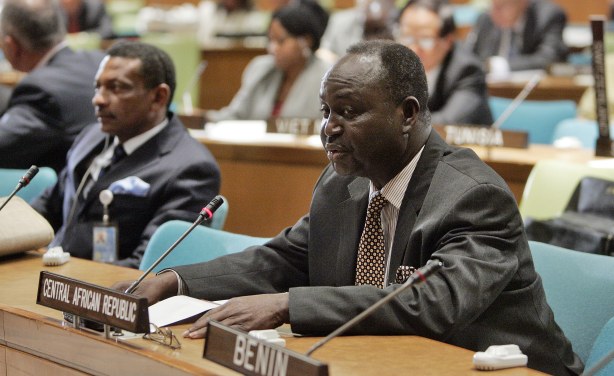