Ghanaians were able to pay their last respects to late ex-president Jerry John Rawlings, whose remains lay in state in a glass casket at the Accra Conference Centre. The funeral grounds was decorated with photographs of the late leader - from his military rule (1981-1992), to his civilian rule (1993-2000). Minister-designate for Information, Kojo Oppong Nkrumah, earlier urged Ghanaians to observe the activities of the final funeral rites virtually, to help contain the spread of Covid-19. Rawlings died on November 12, 2020. 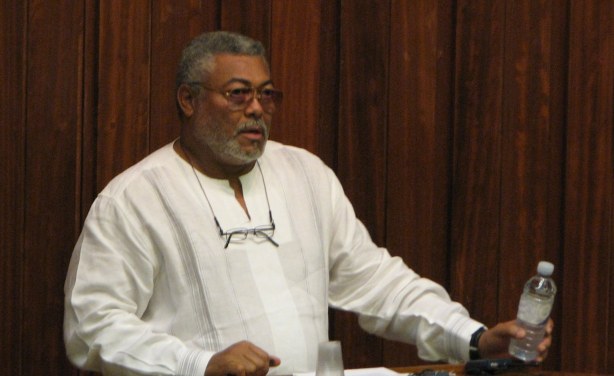