President Cyril Ramaphosa says defeating the health crisis and rebuilding the economy are among the key priorities for the year ahead. The president delivered his State of the Nation Address on February 11, 2021 and said the government had secured nine million jabs of the Johnson & Johnson Covid-19 vaccine, which would be used to vaccinate healthcare workers. He began his speech by comparing the people of South Africa to fynbos plants, which grow again after being ravaged by fire - which the Daily Maverick's Marianne Merten says signals tough times ahead in spite of a three-month extension of the R350 Covid-19 grant and undertakings on independent power production. The address was preceded by the lighting of a candle in remembrance of South Africans who lost their lives during the Covid-19 pandemic. There were just 50 people present to hear the speech, with everyone else attending virtually. 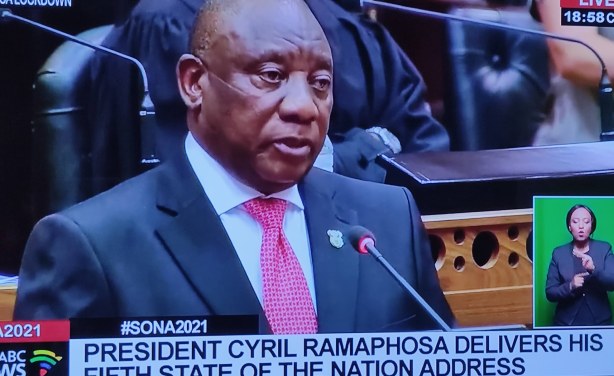