In February 2021, a 20-year-old Senegalese woman accused Ousmane Sonko, a longstanding national member of parliament of rape - formally laying a charge - and he was arrested. Then 46-year-old Ousmane Sonko, the youngest candidate to run in the 2019 presidential election that ended with him in third place, accused President Macky Sall, the Interior Minister Antoine Felix Diome, and the Prosecutor of the Republic, Bassirou Gueye, of plotting to remove him. The case plunged the country into chaos with three days of social unrest that resulted in 12 deaths and over 600 people injured, mostly young people. Ousmane Sonko is the popular leader of the political party Patriotes du Sénégal pour le Travail, l'Éthique et la Fraternité (PASTEF). PASTEF is part of the Mouvement de Défense de la Démocratie (M2D) a broader coalition of politicians and activists that is opposed to President Macky Sall's administration. And after M2D calls for resistance and defence, young people from all regions and districts took to the streets to protest against Sonko's arrest. What started as an alleged criminal case was quickly transformed into a major political issue with strong socio-economic, cultural and moral ramifications, writes Mamadou Drame for African Arguments. 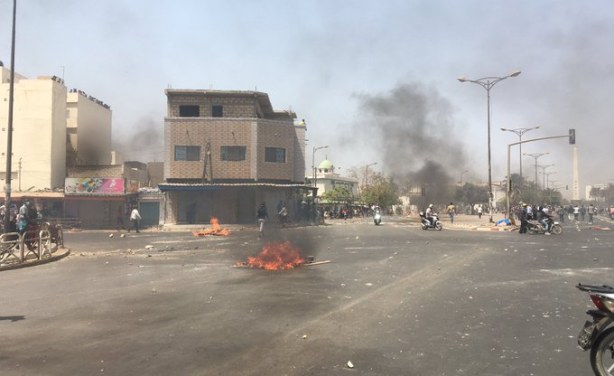