The bodies of eight people found at Orkney in South Africa have been identified, and are all from Lesotho, police say.

Earlier, twenty bodies, wrapped in white plastic bags, were at two locations in the gold mining town. Police said the bodies were severely burnt. A statement said the deceased were suspected to be illegal miners - commonly known as 'Zama Zamas' - operating in disused shafts in Orkney and Stilfontein. Authorities found the first five bodies on June 14, 2021 outside an old mine shaft. The next day, 15 more bodies were found near a railway line in Orkney. Orkney is located roughly 170km southwest of Johannesburg.

The Institute for Security Studies estimates that around 30 000 illegal miners work in and around thousands of disused and active mines across South Africa. The report notes that artisanal mining communities everywhere are subjected to unsafe, exploitative and precarious working conditions, but  Zama Zamas face a more diverse range of dangers, including extortion, murder, forced migration, money laundering, corruption, racketeering, drugs and prostitution. 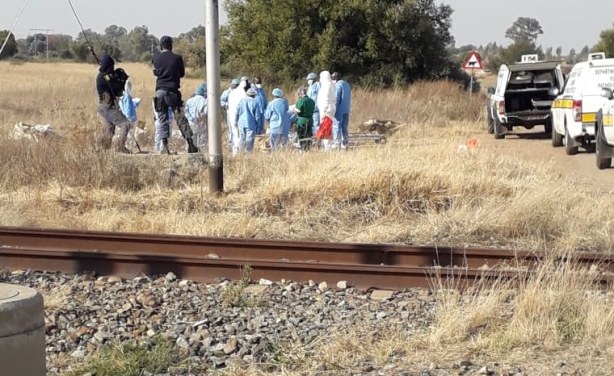 The scene where bodies were found in the vicinity of Orkney.