This past week, chaos erupted on the streets of KwaZulu-Natal province, spilling over to economic capital Gauteng province. While many experts attribute these actions to poverty, hunger and unemployment, the fuse that lit this powder keg was the imprisonment of former president Jacob Zuma by the Constitutional Court for disobeying its order to appear at the Zondo Commission of Inquiry into state capture, of which he is accused of being a mastermind.

While the country has lost billions in the looting and burning of businesses - actions now fuelled by criminality - a volunteer group that started on July 13, 2021 has attracted tens of thousands of members willing to clean up looted shopping malls, donate money, and transport food. Other brave community members in towns like Brakpan, where hundreds of poor people live, did their bit by rallying to protect the small business run by immigrant Sharif Ahmed who provides that community with essentials.

Taxi drivers, often villified for their flouting of traffic rules, came out in their numbers to urge communities in which they operate to refrain from looting. Many were seen protecting malls that had not yet come under attack. KwaZulu-Natal, still reeling from the destruction, saw residents in Durban and other areas volunteer to clean the debris, trying to gain some semblance of "normal" at a time where the government ponders its next steps as the Joint Standing Committee on Defence welcomed the additional  soldiers that will be assisting the police to gain control over some areas affected by looting and violence. 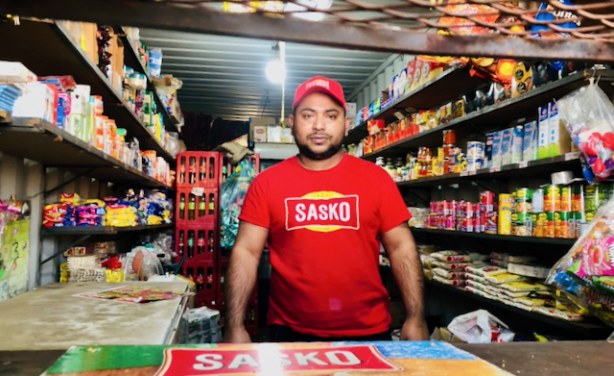 Sharif Ahmed has the only shop left in Langaville extension 4 in Brakpan, thanks to a brave widow and a group of local residents.