President Kais Saied sacked Hicham Mechichi as prime minister and announced the freezing of Tunisia's parliament for 30 days, along with suspending the immunity of all deputies. Saied said his move was permitted in case of "imminent danger" under Article 80 of the constitution. Local media reported that military vehicles surrounded the parliament building as crowds cheered. Saied subsequently imposed a curfew from 7pm to 6am, Al Jazeera reports. The network - whose Tunis offices were raided by police - is also quoting the ousted prime minister as saying that he cannot be a disruptive element, and he will hand the responsibility to whomever the president chooses.

The dismissal comes after thousands of Tunisians took to the streets on July 25, 2021 in anti-government protests that turned violent. Tunisia remains prone to political turmoil a decade after the 2011 revolution that ousted strongman Zine El Abidine Ben Ali. Politicians have been unable to form lasting governments. Mechichi's government was the third cabinet to come to power in less than a year. 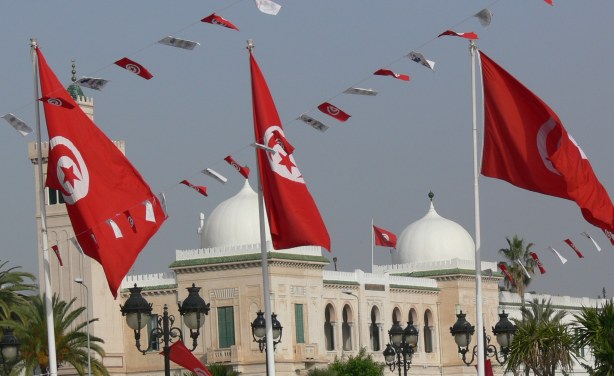 Unlawful Travel Bans Placed On Those Critical of Tunisia's Leader