The killing of Dulcie September has remained shrouded in secrecy for decades, and though a new documentary about it does not reveal her killers, it might help piece together the puzzle. September's death sparked international outrage, particularly in France, where tens of thousands of people lined the streets of the capital for her funeral on 9 April 1988. Almost immediately following what would prove to be the most high-profile assassination of an ANC representative on foreign soil in the apartheid era, rumours began to circulate that it was the work of agents of the South African state.

A new documentary titled Murder in Paris tries to pull together many of the complicated and frustratingly inconclusive searches for a smoking gun in the mystery of who killed September, while also reminding audiences of who she was and where she came from.

Lawyers for the September family in France have already included Murder in Paris in evidence they submitted to the French government in February as part of a petition to reopen the investigation into her murder. 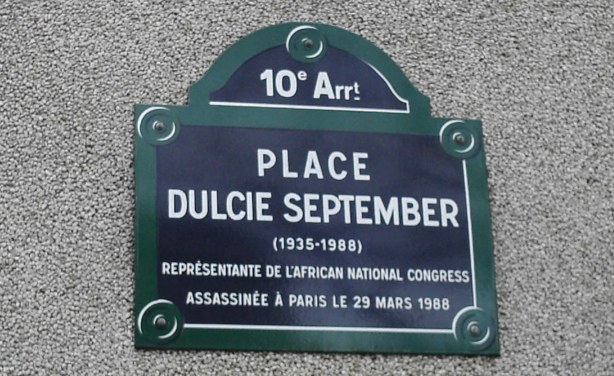