South African Climate-Finance Deal - An Opportunity or a Trap?

At the 26th United Nations Climate Change Conference (COP26) in Glasgow, the South African government announced a major U.S.$8.2 billion deal with the UK, the U.S.,  Germany, France and the European Union. The climate-finance agreement aims to invest in a just transition to renewable energy and a move away from coal for South Africa.

Big questions remain about how exactly this international climate-finance deal will play out. What we do know so far is that the funding is intended to be used towards a slate of measures to support South Africa to pursue a just transition to "low carbon economy and a climate resilient society", writes Alex Lenferna for New Frame.

While U.S.$8.2 billion in climate finance might seem like a lot, in the grander scheme of things, it is relatively small. Trillions of rands are needed to transform South Africa's energy sector alone. Public Enterprises Minister Pravin Gordhan confirmed that none of the funds will be used to cover the debt of embattled national power utility Eskom. 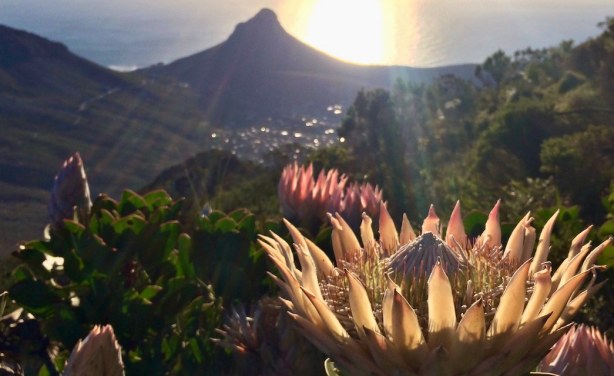 The fynbos region has seen the second-worst number of plant extinctions in the world (file photo).