United Phosphorus Ltd (UPL) is planning to dump even more poisonous pesticides into the sea in an apparent bid to save money on land-based disposal costs barely a month after several Durban beaches were re-opened to tourists and locals, Tony Carnie of Daily Maverick reports.

Several of the city's most popular swimming beaches were closed for nearly four months as a safety precaution after a torrent of pesticides and other agro-chemicals poured into the sea in the wake of the July, 2021 arson attack on the UPL chemicals warehouse in Cornubia, north of Durban.

Residents of a shack settlement in Cornubia continue to suffer from ill health after the toxic chemical spill. South African environmental activists as well as residents of Cornubia have slammed the Mumbai-based agrochemical company for its conduct before and after the chemical spill that has been described as one of the biggest disasters in the country in the past "30 to 40 years".

The UPL warehouse was set ablaze on July 12, 2021 and then exploded, causing extremely hazardous and toxic agrochemicals to spread to the beaches, rivers, soil and air to the north of Durban for several days. Contaminated beaches were only partially reopened for recreational purposes on 2 November to ensure the safety of beachgoers. 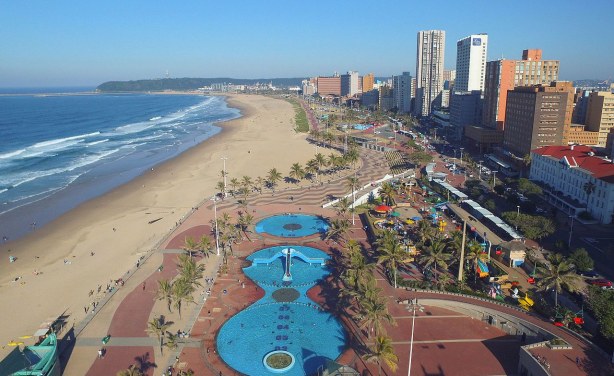 The Marine parade pools on Durban's "golden mile". These salt water pools are free to the public (file photo).