Representatives of 44 countries out of 55 member countries of the African Union have signed an agreement on the African Continental Free Trade Area at an extraordinary AU Summit in Kigali. AU chairperson, President Paul Kagame, said the signing of the agreement and more intra-African trade would not lessen business with the rest of the world. 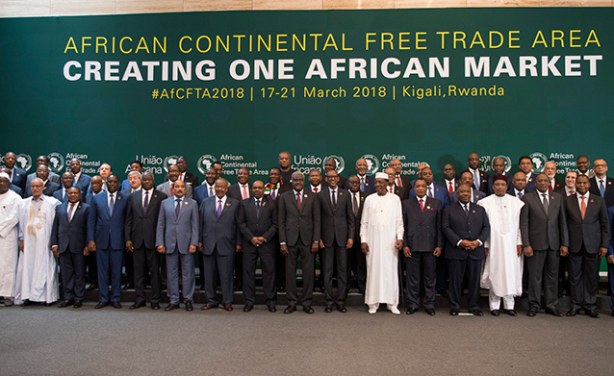 African leaders at the 10th Extraordinary Summit of the African Union in Kigali.