Anguished families have protested against the authorities' decision to call off the search for survivors. Lagos State Governor Akinwunmi Ambode has said that the building which was listed for demolition in 2017, was classified as residential and that the school was operating illegally. 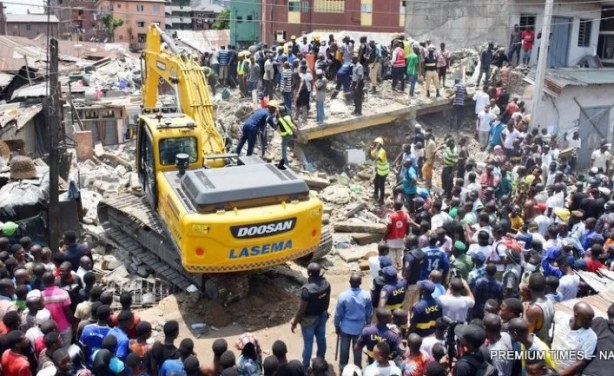 A rescue team search for more victims from the scene of a building, which collapsed at Itafaji on the Lagos Island on Wednesday.