Hundreds of people travelled on what activists call the 'freedom train' from the headquarters of Sudanese Railways in Atbara, River Nile State to Khartoum, to swell the numbers at the sit-in outside the General Command of the Sudanese Army and to provide food and supplies for those already taking part in the protest.. 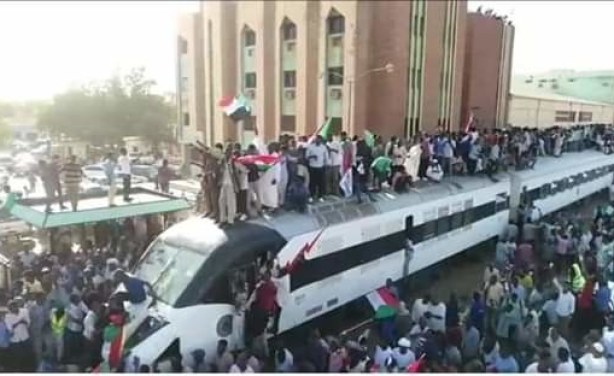 The 'freedom train' en route from Atbara to Khartoum on Sunday