After a day of consultation, South African President Cyril Ramaphosa finally announced his Cabinet on Wednesday evening. David Mabuza and Pravin Gordhan will keep their positions as Deputy President and Public Enterpises Minister respectively. In a surpise move, former Cape Town mayor and now GOOD party leader Patricia de Lille is to become a minister, while a number of ANC veterans didn't make the cut. 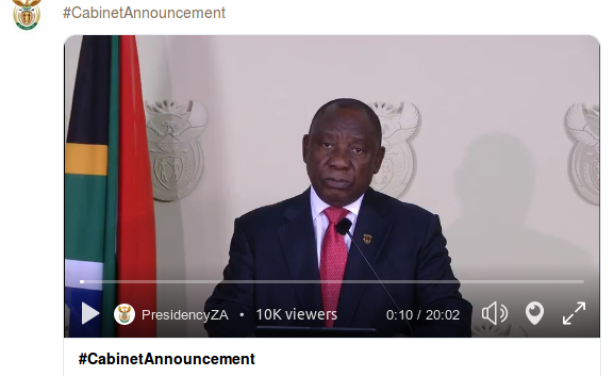 President Cyril Ramaphosa announces his new cabinet on May 29, 2019.