The construction of the giant U.S.$4.8 billion hydroelectric dam on the Nile river in Ethiopia, which began in 2010, is expected to be completed in 2022. The initial filling of the dam is planned for July, according to authorities in Addis Ababa. But talks on how much water will pass through the dam are deadlocked and the spat threatens the region's security, writes Martina Schwikowski for Deutsche Welle. 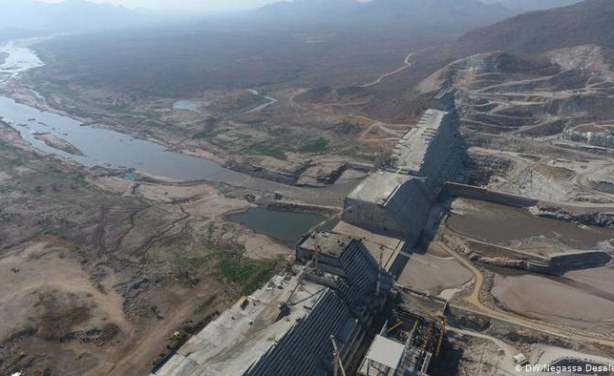 An aerial photo of the Grand Ethiopian Renaissance Dam.