South Africa's former president Jacob Zuma, 78, saw his leadership of the governing African National Congress end with the election of Cyril Ramaphosa, in December 2017. Since then, Zuma has spent his retirement engaged in defensive action to stave off the threat of prosecution for past malfeasance going back two decades. This includes corruption and state capture charges. He shares this ignominy with his American counterpart, former U.S. president Donald Trump, who, like him, faces legal consequences for his attempts at subverting democracy while in office. Both former leaders have demonstrated their contempt for constitutional constraints, using their power while president, to destroy institutions of state, opines Roger Southall for The Conversation Africa. Zuma has refused to obey a Constitutional Court order that he appear at the Zondo Commission of Inquiry to testify on among others, the state capture allegations. He had previously walked out of the hearings, calling it unconstitutional and was charged with contempt of court. 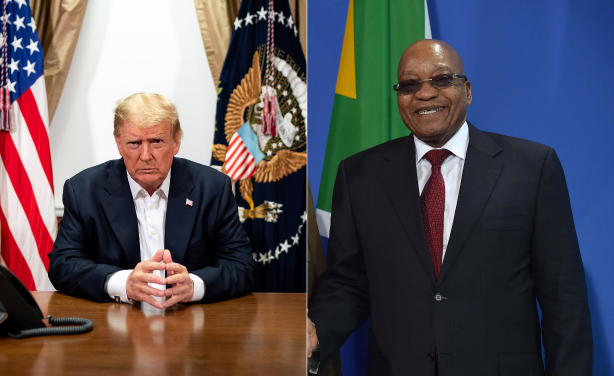