Ghana's Supreme Court has unanimously dismissed opposition leader John Mahama's petition against the results of the December 7, 2020 presidential polls. President Nana Akufo-Addo was declared the winner with 51.6% of the vote, with challenger Mahama securing 47.4%. Mahama said he disagree with the ruling, questioning whether any of the candidates managed to score the more than 50% needed to secure the presidency. The panel of seven judges decided electoral commission chief Jean Adukwei Mensa made a mistake in her declaration of figures, falsely inflating the number of total valid votes cast in a mix-up, but this was acknowledged as an error. 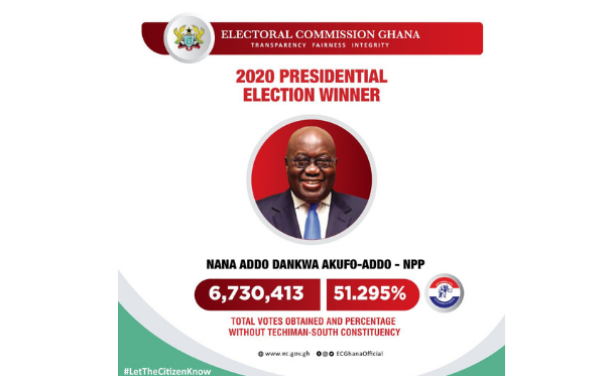