Mankeur Ndiaye, Central African Republic Special Representative and Head of the UN Multidimensional Integrated Stabilization Mission (MINUSCA) voiced his concern over a military counter-offensive against the Coalition of Patriots for Change (CPC) - an alliance of armed groups that launched attacks against forces loyal to the government, ahead of the presidential vote in December 2020, which returned incumbent Faustin-Archange Touadéra to power on January 4, 2021.

In his UN address, he said: "the result has been an unprecedented humanitarian crisis with new waves of displacement and 57% of the population in need of humanitarian assistance". Ndiaye added that recent widespread rights abuses committed by state forces had emboldened armed groups - exacerbating fears of radicalisation and compromising any chance of establishing trust between citizens and their leaders. He also reported that conflict-related sexual violence in the first quarter of 2021, is five times higher than that of the last quarter of 2020.

"Looting and militarisation of civilian infrastructure, such as schools and hospitals, hinder already inadequate access to basic services, and undermine the protection of civilians and humanitarian assistance, and peace and stability efforts", the MINUSCA chief said. 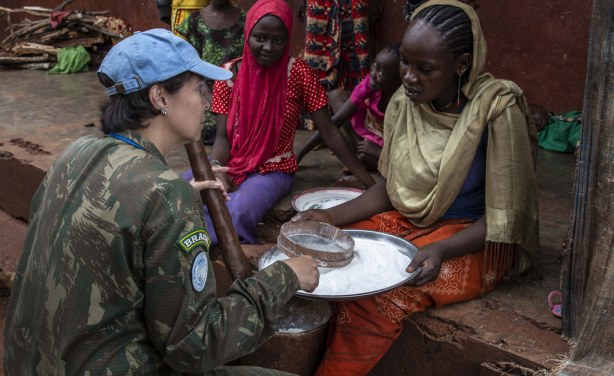 Protecting civilians is a key mandate for many UN peacekeeping operations, including in the Central African Republic.