Amnesty International has called on the South African government to investigate the the deaths of hundreds of people killed during a week-long series of riots and looting in the country's KwaZulu-Natal and Gauteng provinces.

Shenilla Mohamed, Amnesty International's South Africa executive director said on July 22, 2021: "With the number of people who died during the looting and violent unrest now known to be 215, the authorities must reveal what they knew and when in the days leading to the violence which unnecessarily cost many people's lives. The Minister of State Security is on record saying that they had information and that they passed it on to the Minister of Police but failed to act. The National Security Council must take full responsibility for the loss of lives and violence that put many more lives at risk."

Violence erupted when former president Jacob Zuma began serving a 15-month jail sentence for contempt of court over failing to appear before the Zondo Commission of Inquiry into state capture. Looters vandalised shopping malls, other retail outlets, businesses, factories and infrastructure with over 1,000 people arrested as a result. 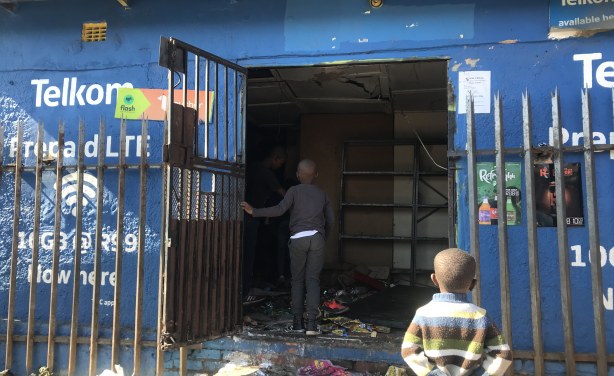 Children stand at the door of a looted shop in Alexandra, Johannesburg.