Humanitarian Crisis in Mozambique As Militants Use Child Soldiers

Human Rights Watch (HRW) has denounced the use of child soldiers by the Islamic State-linked insurgent group Al-Shabaab, in the northern Mozambican province of Cabo Delgado.  HRW in a statement, said that the armed group abducted hundreds of boys, some as young as 12, trained them in bases across Cabo Delgado province, and forced them to fight alongside adults against government forces. It added that in the town of Palma, parents said they watched their sons wield guns when they returned with other fighters to raid their village.

Despite the progress in pushing back the insurgents, there is still a humanitarian crisis in Cabo Delgado. According to the United Nations Children's Fund, 862,990 people have been displaced due to the violence. It calculates that 48.2% of these are children and 11% of the displaced people are now based in resettlement sites, 6% in temporary accommodation, and 82.7% living with host families.

The UN Optional Protocol to the Convention on the Rights of the Child on the involvement of children in armed conflict, which Mozambique ratified in 2004, prohibits non-state armed groups from recruiting children under the age of 18. The Rome Statute of the International Criminal Court categorizes as a war crime the conscription, enlistment, or active use of children under 15 years old in active hostilities during armed conflict.

AllAfrica's Silencing The Guns series focuses on peacebuilding on the continent, and today we're talking about the situation in Mozambique, where terror engulfs the northern province of Cabo Delgado. We'll hear from David Matsinhe, Southern African researcher at Amnesty International and author, historian, and peace practitioner Yussuf Adam, who shares his experiences after a field visit in the north.

First, delving into what led Cabo Delgado to become the centre of battles between government troops and fighters led by men the U.S. has now designated as Islamist terrorists, then one of the most respected long-term researchers of Cabo Delgado in northern Mozambique speaks out after seeing the horrific living conditions of Mozambicans displaced by the ongoing fighting. 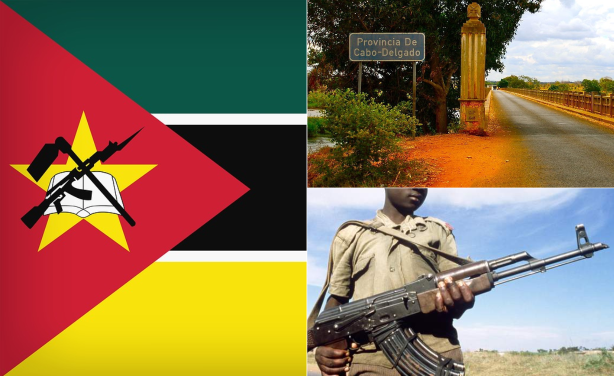